These tea towels show what happens when drying the dishes. Traditional Dutch tea towels are decorated with a two-tone pattern of small squares. The tea towel ‘twisted’ is formed by twisting the squares in the same pattern as the movement made when drying dishes. The ‘silent witness’ is a tea towel that has soaked up a conversation between two people who did the dishes together; the sentences have remained and you can read them on both sides of the towel. And there is also one tea-towel with a drying pattern; the pattern is formed by the water that you rub off the cups, plates or cutlery. 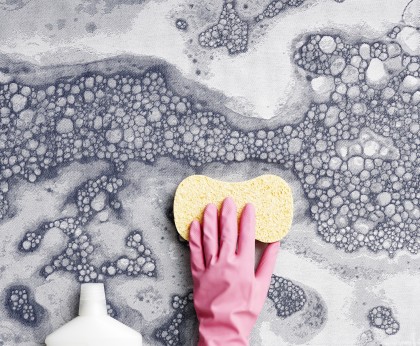